A world champion in liqueur and a master Liquid Chef who mastered the nuances of the liquid cuisine concept as well as different cuisine in various stints at the TAJ, Le Meridien and Westin Starwood Dubai, Rohit Naik brought his collective culinary experiences to his famed Spicy Family Restaurant & Bar at Margao.  Renowned for its Goan and Indian cuisine paired with traditional Goan hospitality this restaurant is living up to its name as the best, where the kitchen meets the bar in a perfect symphony.

An all-pervading Goan atmosphere greets one as they step into the friendly and well-catered Spicy Family Restaurant & Bar in the bustling environs of the old station road at Margao.  A versatile chef and world champion maser liquid chef, Rohit Naik has put his collective culinary energies, culled from his stints at some of the best names in the business, into a successful venture ‘Spicy Family Restaurant & Bar’.  Now into its successful third year, Rohit looks back at the time where it all started.

“I started my career at Bangalore at the TAJ and I was part of the team that was responsible for the opening of Vivanta by Taj at Panaji in the year 2009.  After which I have been training at the Taj President, and Taj Lands End,” he says.   Restless to try new avenues and grow in experience, Naik looked to foreign shores. His quest took him to the busiest bar in Dubai – Barasti Beach Bar by Le Meridian and then the Westin Starwood for three years.

“At the time, every Goan was gearing up towards joining work on a cruise liner, so I applied and got into a Celebrity Cruise line and worked there for three contracts. When I was on-board the cruise ship, I met a person named June Marino, a liquid chef, and as I was more into molecular gastronomy since my base was in it, I took a 90-day course with him at Mexico and qualified as ‘Liquid Chef’ and at the same time I managed to procure the title in the World Championship for Liqueur too,” reminisces Rohit.

Elaborating on the concept of the liquid chef, Rohit says, “The concept of a Liquid Chef is where the Kitchen is mixed with the bar, such as using a tomato soup to make a cocktail. The purpose here is to present the product in a different and a unique way while keeping things healthy. There is the use of chemicals such as Liquid Nitrogen to change the form of the dish which ultimately adds to the unique factor of presentation of the dish, and then we make something called the ‘Fruit Caviar’ by using Agar Agar. This concept itself is new in markets such as the USA, China and in India in places like Mumbai, but is picking up.”

“Again with our place here at Spicy, we do not provide a molecular experience as the ingredients have to be imported because they aren’t available here and naturally the prices go up,” he clarifies.

Choosing his location at the old railway station road is another story in itself.   May 3 rd, 2016 was a red-letter day for a then 26-year old Rohit. “I had come down for a three-month vacation from the cruise and were sitting by the beach and just joking when I said that Margao has no good restaurants and that I would start one if there wasn’t. The very next day, a friend of mine took me around to show me a few potential spots where we could begin our work. We saw a couple of places and in the end reached this spot, which earlier housed ‘Panchali’, which had been shut down for a year and a half. The owner was apprehensive as to how I would be able to run the place considering that the restaurant business is one of a constant headache, managing staff and so on, but then he ended up agreeing to lease out the place to me as I was starting something new on my own.”  From procuring cutlery, crockery, menu designing and other aspects, the restaurant opened doors within 11 days of the lease.

With the exception of a few teething experiences, the restaurant had a smooth start and an appealing menu. “In the beginning, there were a few issues, as I came from the 5-star industry. What I wanted to give the customers was the treatment of having a 5-star style setup, so even small things such as the Quarter plate systems, the cutlery were not followed to a regular in the South Goa restaurant region, even providing a good styled Thali was our main goal. “

Rohit’s stronghold in Margao was assured by the fact that very few restaurants, with the exception of Ranche Ghar, could compete with them. “There were no other places in the south that served like us. We didn’t serve beef or pork. Our concept was to serve our clients the Thali with a banana leaf so it added to the wow factor. We had taken a lot of effort to do things from the start, and they paid off,” states Rohit.  Revamping the décor and menu periodically has also held Spicy Restaurant & Bar in good stead. “The thing is that most people get bored with the same butter chicken, so we introduce stuff such as the ‘Peshawari Chicken’ and other items not available in the market. We are now in the process of launching a new menu in the coming month.”

The secret of his finger-licking, sumptuous Goan cuisine, he reveals comes from his mother. “The Goan dishes and the curry masalas are all a part of my Mother’s recipes. At the start, we named the Thali as the ‘Ayeiichi Hataachi’ and we got a Goan chef who my mother trained initially. It has been three years since and the Chef has been doing a brilliant job of the same.”

For the Indian and Chinese aspects of the menu, Rohit supervises it personally, ensuring that the level of preparation is up to the mark and consistency maintained through the years. “Our portion sizes are sufficient and are also kept in mind the quality so that there is no question of compromise in any sphere,” he reiterates.

Right off the menu, Rohit’s signature dishes are in demand, especially the thali. “Our restaurant is famous for its thalis. We sell about almost 140-150 Thalis in the afternoon itself. The fish that we serve is always a fresh catch so the number of thalis we sell is a good indication of that. Customers enjoy the Hindu preparation of Tisriyo (Shell Fish), the curry, and the unique Rava fried prawns.  Dishes such as dishes the Lapeta chicken kebab, Tangdi kebab, biryanis, Crab masala (with Rechado masala) are other hot favourites on the menu. “We also started the concept of stuffed crab, a dish uncommon to restaurants in the South. In the future we will be having our own units of crab harvesting, to ensure we have a steady supply.”

Though unplanned, catering slowly took shape in the business.  Rebuffing initial requests for catering, Rohit ventured into the business after six months, armed with the necessary equipment.  “When we started off, it took off surprisingly well as I remember our first order was for 1300 persons at a wedding and this was brilliant considering we were just starting.” Boosted by his experiences, Rohit is making steady progress in this avenue as well, innovating as he goes along. “We had something called the ‘Tawa Ice Cream’ which I haven’t seen any other caterer serving anywhere in Goa. We keep innovating in terms of the Buffet Style, the counters and the food so that it is new every time.”

The success of Spicy Family Restaurant & Bar spurred him on to expansion at Mungul, Colva last year.  He is hoping to make in-roads in potential areas like Porvorim and Mapusa.  Citing Panaji as over-concentrated in terms of restaurants, he also views it as a place where business seems periodical, where businesses open up for the season and close down within a year or two. However, he admits The Ritz and Martins have held sway in a competitive market over the years and are leading the way. 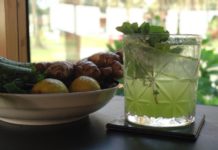 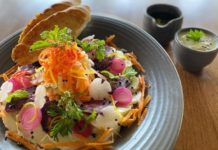 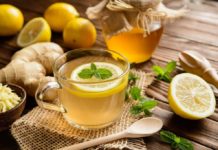