Home Review Tarshish, The Way of Mughals, at Fern Kadamba 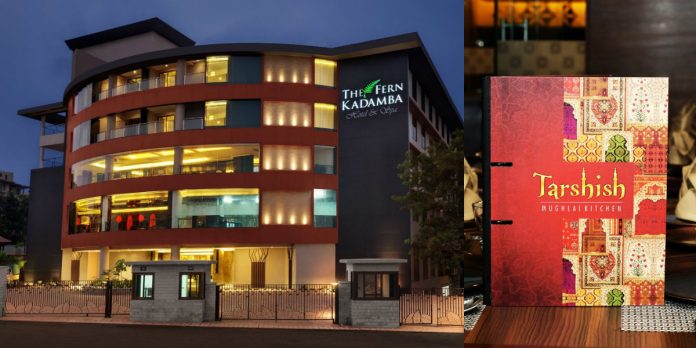 There are many restaurants around in the Goa that serve  Mughlai Cuisine but possibly none that are authentic. Tarshish has an air of authenticity with traditional interiors taking one back to the Mughal Empire. Although the food is pure Mughlai the chef has added experimental creations to the menu, incorporating north Indian cuisine. We have done an exclusive review of  Tarshish and here are the results.

According to  Chef Nitin, when guests first arrive, they are welcomed with a smile and served with 3 types of Papads: Punjabi, regular, and tandoori style along with 3 chutneys which is Dahi ki chutney, Mint chutney and Anjeer ki chutney. When we asked him about the overall décor, he said “everything from the cutlery, plates, crockery to the pots and pans that we serve in all adds to the theme and the ambience of this place,” said Chef Nitin adding that “this is all related to Mughlai cuisine, so when the Mughals would be served food back in the day they would eat them on such brassware. This is entirely the feel that we are going for, in terms of taste and authenticity. Even the cooking process wouldn’t be done in any ceramic pots or pans, but the same brass style of cookware.”

According to Chef Amit, the main items in the menu that defines  Tarshish are the Raan, which is made from a leg of lamb that can serve up to 6 people and demand for this product is good. “The preparation of this item is such that it is first cooked in the tandoor with all the necessary spices, after which it is then simmered in a gravy reduction preparation. This is then served on a big platter specially made for this dish. We serve the Raan along with some daal makhani and naan,” he added.

Other than this, they also serve Tandoori Duck, Khadh Bataer, which is the preparation of Quails in a herb and saffron marinade and the demand for Bataer is good too. “The market for this sort of Mughlai cuisine at the moment is for both the locals as well as tourists. There aren’t many Mughlai restaurants in Goa,” he said.

The Food and Beverages Manager of The Fern Kadamba, Mr Shibu Alex was also around and we asked him about taste for the cuisine in the state of Goa, and according to him, the demand for this sort of cuisine is slowly picking up with customers wanting something new. At Fern Kadamba, we came up with the concept of Tarshish as a Mughlai Kitchen serving these authentic dishes to our crowd that comes from within Goa and even places from the North of India such as Punjab, Rajasthan, Delhi. We invited our guests to try out these dishes prior to starting the restaurant so that they could feedback to us. We serve a dish called Rasgulle Ki Subji, which you will not find anywhere else but here that is Rasgullas in a  rich tomato-based sauce,” added Shibu.

‘The idea here at Tarshish is to give the customers an authentic Mughlai feel at the same time provide a different touch to the food items by giving our own take to the food. This was done after good care and thought put into the menu by our Chef and the team. The food that we serve at this restaurant is something you would not find anywhere else in Goa and this is evident in our take on newer dishes such as Murgh Zaffarani, which is very different from the popular  Butter Chicken. Then we have the Multani Chicken Tikka, a dish that is wrapped around in Banana Leaf and then skewered to perfection,” said Shibu.

According to Mr. Shibu, the prices are also very nominal and competitive so as to increase the footfall here at our restaurant. “There is really good demand for our signature vegetarian dish called Bharwan, which is a potato stuffed with rich dry fruits,” added Mr Shibu.

‘Akhaa Peenda’ is another one of our signature dishes which is a succulent leg piece of lamb, massaged with aromatic spices and grilled to perfection. This dish requires some time to be prepared and hence the order for this has to be placed ahead . “In the Biryani’s section, we have the Tarkaari Biryani which is a vegetarian variety, the Murgh Dum Biryani, and Ghost Ki Biryani which is the Lamb variety. The difference in these dishes from our previous restaurant is that these are Mughlai dishes” said Shibu Alex.

The Tarshish also serves double Tadkewali daal,  their own take on the beloved daal and something called as the Lasuni palak dal which is a Tuvar dal and spinach preparation tempered with garlic and ghee. “In the dessert section, we have the Pistey Ka Halwa, Rasmalai, and Mung and Akhrot ka Halwa, which are all-time favourites of customers that love to indulge in the sweeter side of this Mughlai cuisine. Even in beverages, we serve the Thandaai, a drink consisting of dry fruits in cold milk topped with rose essence that one would not find elsewhere,” he said.

Toffa-e-Zameen, is a dish prepared from the vegetable called yam, hence the name. “There is great variety in the Vegetarian and Non-Vegetarian Dishes, giving our customers a huge variety of choices to choose from,” said Shibu.

The entire process of starting a new restaurant on our property was in the pipeline for quite some time. At first, they thought of starting a Goan cuisine restaurant which wouldn’t be so popular as the market is already saturated across the state…  Then the idea of starting something new, unique and never seen before came up with this Mughlai Kitchen theme. This way the entire planning, and setting up process took some time but in the end, we managed to pull it off really well,” said Shibu Alex. 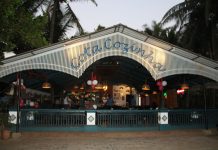 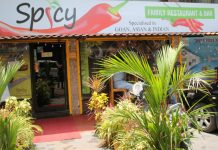 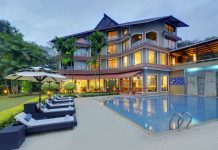